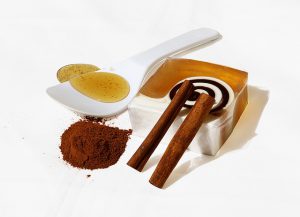 Honey is well-known for its everlasting quality, owed to the perfect mixture of acids that doesn’t allow the inhibition of bacteria. The intake of honey itself is quite beneficial to one’s health, while the benign effect is further increased when cinnamon is added to the concoction. The fusion of these two multi-millennial medicines proved to be an irreplaceable cure countless times, praised by both village healers and modern medicine.

The renowned recipe is extremely simple to make: a cup of hot water, a tablespoon of honey and a teaspoon of cinnamon.

Being as affordable as they are, these ingredients have managed to spread throughout the humblest and most luxurious homes of any nation. Consequently, one needs only ask a fellow citizen for the worldwide testimonial that persuades even the greatest skeptics. Word is that honey and cinnamon can cure virtually anything, while this bold claim remains to be officially certified by the ongoing medical research.

There is a great number of uncorroborated allegations when it comes to cheap medicine, so it’s only natural that a potential user will wish to consult with science before opting for the recipe. In that case, there’s a list of diseases and health issues alike that this mixture is undisputedly proved to cure.

While a regular intake of cinnamon and honey isn’t the only habit that will rid you of all the harmful effects of this lethal disease, it’s been verified that its particular set of ingredients successfully reduces negative glucose increase by up to 30%.

Aside from those suffering from high blood pressure and obesity, diabetics unavoidably need to combat this issue. The same study that backs the above-stated fact confirms another benefit of honey and cinnamon consumption, which is the 30%-high reduction of LDL cholesterol and triglycerides.

The type of bacteria that contributes most to this sort of illness, commonly known as H. Pylori, showed great susceptibility to the recipe. Cinnamon and honey won’t just lower the chance of the disease appearing, they will also greatly impact its progression rate.

The Apalbumin 1 protein found in honey halts the excessive inflammatory effects of white blood cells, while cinnamon is widely popular for similar anti-inflammatory benefits. In addition, honey contains an exuberance of nitric oxide and prostaglandins, a derivation of which is a common ingredient of painkillers.

The consumption of pollen is known to have potent calming effects on the body, which helps with reducing allergic shock, as well as building a steady amount of resistance. The allergy-induced inflammation of the respiratory system shows a particular decrease in this case.

Cinnamon showed great potential in cleansing Escherichia coli, a relatively common bacterium that most antibiotics are often unable to influence.

With the scientific evidence in regard and much more that experienced users could divulge, it wouldn’t be an exaggeration to call the honey and cinnamon cocktail a miracle cure.
After all, there are over two thousand years of its international use to back the idea.

More information about health benefits of honey you can find HERE.
If you find this information interesting, please be free to post a comment!